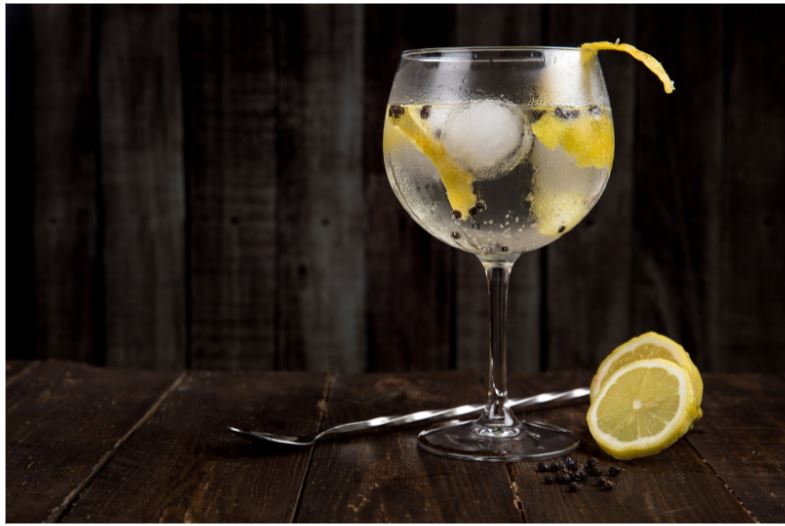 Gin is a polarizing drink, with people seeming to either love it or hate it. If you fall into the former category, you’ll be pleased to know that many regions of the world are now producing astonishingly delicious varieties. From the classic London dry gin to exotic Spanish gin, there are endless sensorial adventures to be had.

To ensure you’re thoroughly prepared for your next gin journey, here are six of the most obscure but fascinating facts from the history of this delectable beverage:

1. The origins of gin

Infusions of alcohol and juniper berries have been around since the early days of recorded history, and it seems these concoctions were always considered medicinal. By the 1600s, the Dutch were brewing a drink they called Genever, which consisted of malt wine or whisky infused with juniper. The gin we know and love today was refined in London, and it is far purer than the old Dutch drink.

2. A drink infused with politics

In the late 1600s, William III of England (aka William of Orange) kicked off a trade war with France. We don’t need to get into the finer details of this political situation – all we need to know for the purposes of this discussion is that French booze was taxed heavily, while tax breaks were provided to UK residents who distilled their own alcohol. This led to a period of time often referred to as the “gin craze.” The alcoholism and the scams that arose from this craze led to so many mental, physical, and societal problems that a distiller’s license had to be introduced.

The aftermath of the Gin Craze was a dark time for gin. By 1751, the Gin Act had been introduced in an effort to crack down on its consumption. Too many people had lost their minds and their morals to gin addiction, so taxes and fees went sky-high for anyone who wanted to produce or sell the liquor. In its place, beer and tea were promoted as far more beneficial beverages.

Of course, the anti-gin phase didn’t last long. Winters in London were made cozier by a growing variety of hot gin drinks. Featuring lemon juice, sugar syrup, and lemon zest, the hot gin twist was a major hit in the early 1800s. One gin fanatic even wrote a lengthy poem describing an experience with the hallowed drink and extolling its virtues.

5. Gin provided the prequel to the Bloody Mary

Roughly a century later, and across the pond in New York City, a novel way of drinking gin was invented. The combination of gin and tomato juice was lauded as a brilliant hangover cure. It seems this combo didn’t last, perhaps because the tomato juice drowned out the beautiful botanicals of the gin. Eventually, gin was replaced by vodka, a few extra ingredients were thrown in, and the Bloody Mary was born.

6. Gin and tonic was once a valuable medicine

When the British began colonizing tropical regions where malaria was contractable, they used gin as a clever way to make anti-malarial medicine palatable. By combining quinine with carbonated water, they created tonic water. By adding gin, they created the famous (and delicious) gin and tonic. You may be surprised to know that modern tonic still contains quinine. However, the amount present in the drink has been reduced.

Next time you drop some gin, tonic, cucumber, lime, and mint into a glass, spare a thought for the historical figures and unusual incidents that made your delicious cocktail possible.

5 Tips to be a Hireable Barista